Sound Session had the opportunity to chat with Chicago based alt rock band, 7 Minutes In Heaven at the Masquerade in Atlanta, GA. The group has a new EP, Symmetry, coming out through Rude Records on September 15. Check out what they had to say about the signing with their label, the new EP, and more! 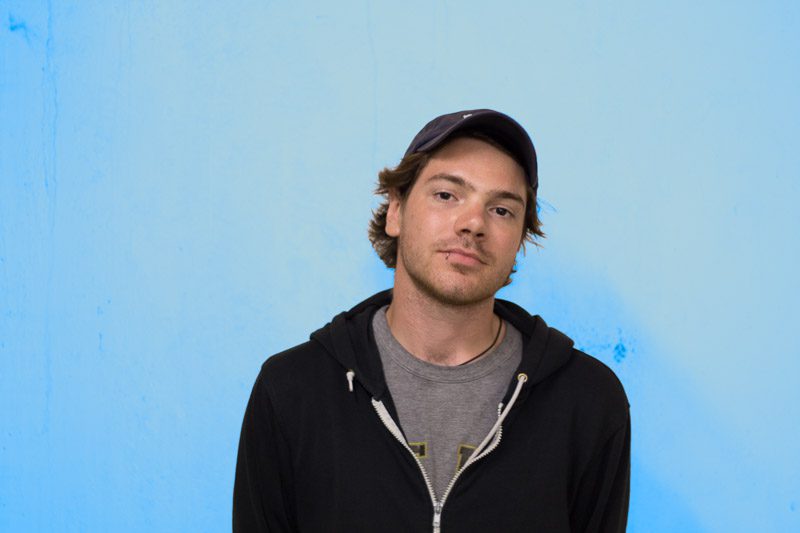 I’ve been a fan since the Get in the Van days, and it’s pretty incredible to see how far you guys have come since then. You guys just signed with Rude Records, so how has that helped change the way that you guys are recording and touring?

Timmy: I think it’s just really helped us mainly just have a much bigger platform to do these things, like we have somebody above.
Alex: It’s different; it’s like a support system from up above.
Timmy: From a much higher level.
Alex: Exactly, it’s not as much of a sense of just getting money to do this without support. We’re going to do stuff, get money, and turn it around. It’s a back and forth of ideas and ability of what can be done on either end to make it the best. Rude are just great people to work with.
Justin: We love you Rude!
Alex: It’s been a really great time since we’ve been working with them.

So you guys have a new EP coming out next month, what can fans expect and how does it differ from previous music you’ve released?

Timmy: It’s next level, it’s an evolution.
Justin: It’s the next chapter in the band.
Timmy: I feel like every record kind of naturally progressed and had different elements added to it from each one of us. This was the most dynamic.
Justin: Yeah, the most collaborative effort I feel like.
Timmy: It sounds a lot better recording quality wise. 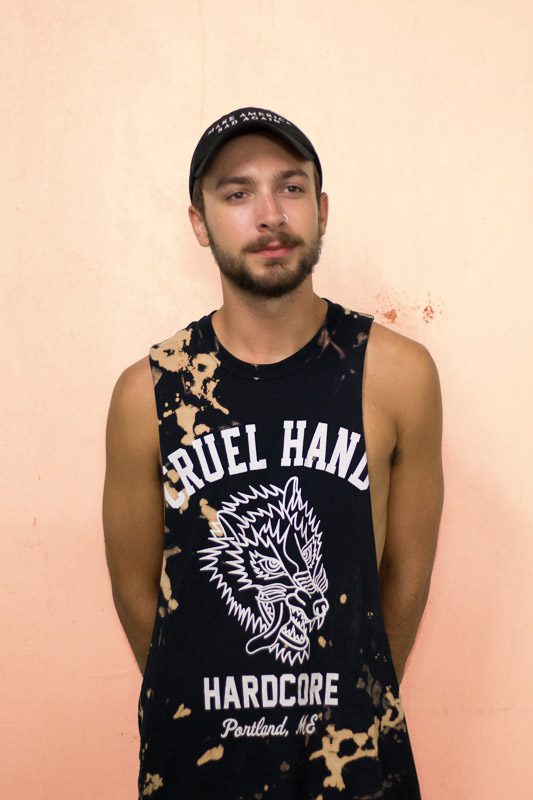 So your second single from the new EP (LOTL) just released through Alt Press. How has that changed things? Did people react differently?

Timmy: For me, one of my best friends I grew up with in high school texted me. I still haven’t replied back to him. I feel bad, but he texted me a couple of minutes afterward. He was like “Dude, Alt Press is showing you some love! Congrats on everything.” And that’s crazy to see how quickly it spreads and who sees it.
Justin: I had a couple people say “Dude Alt Press Posted that, what the fuck.”
Brennan: It’s really been so cool.
Timmy: Definitely a huge milestone for us and a big accomplishment. That’s always something that, getting to that point… We always see Alt Press post announcements.
Justin: It’s not even that Alt Press posted about us, they’re the ones who premiered it. They’re the ones that were like “Hey we’re gonna announce this through our outlet.” I don’t know, that’s just an honor for me. That’s a big milestone.

That’s awesome! Where do you guys find inspiration, either musically or in other aspects of life?

Timmy: I’d say life in general. Experiences, conversations we have with people, the different things that go on every single day and the way that we take it in and go back to it.
Justin: The reflecting points, I guess, are the main inspiration. I like taking a look back on things.

Is there any new music you’ve been loving recently?

Justin: I’ve been loving Tyler the Creator’s new record. I love Tyler.
Alex: The new Silverstein is actually really good.
Timmy: I’ve been obsessed with A Will Away. Their new record is by far my favorite record this year, I’d have to say.
Brennan: The New Neck Deep is pretty sick. 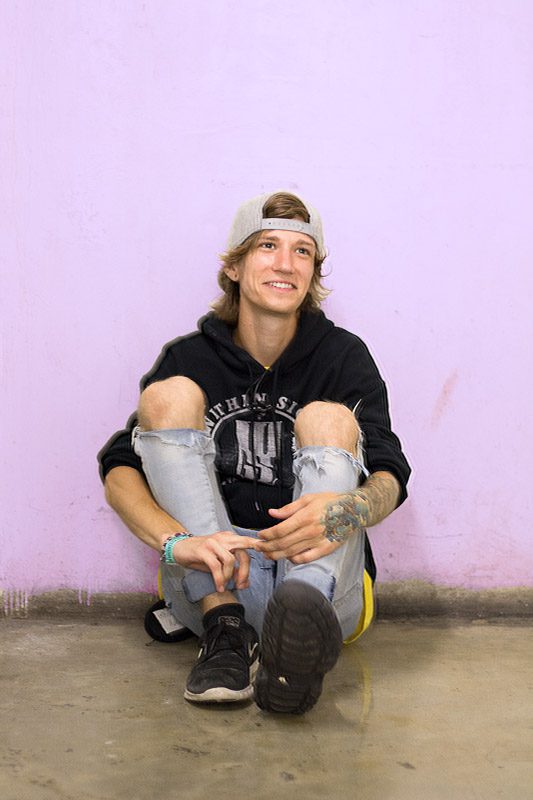 Ok, and if you guys could tour with any band who would it be and why?

I feel like All Time Low would be a better fit. 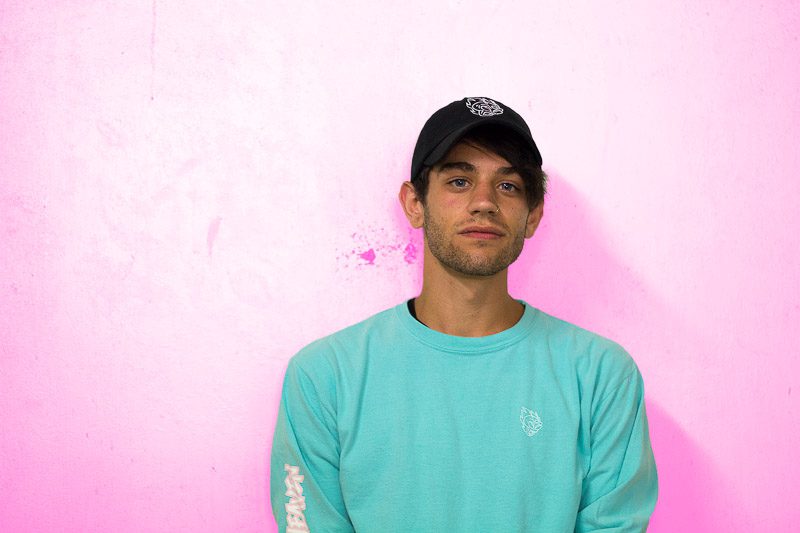 Where would you like to take the band in the next few years, and do you have any long term goals?

Justin: World domination.
Everyone: World domination!
Timmy: Yeah, I mean hopefully in the next year or so, or as soon as possible, getting overseas. The fact that our label is in Italy, we have that resource to be able to get pushed in Europe and Asia.
Justin: We got put on a rising grind playlist through Apple Music for Sri Lanka, Indonesia, Cambodia, and Asia exclusive.
Timmy: Hopefully we will get over there.
Justin: I feel like that’s the next milestone, getting overseas for sure.
Timmy: Putting a full length out.
Justin: Then world domination. 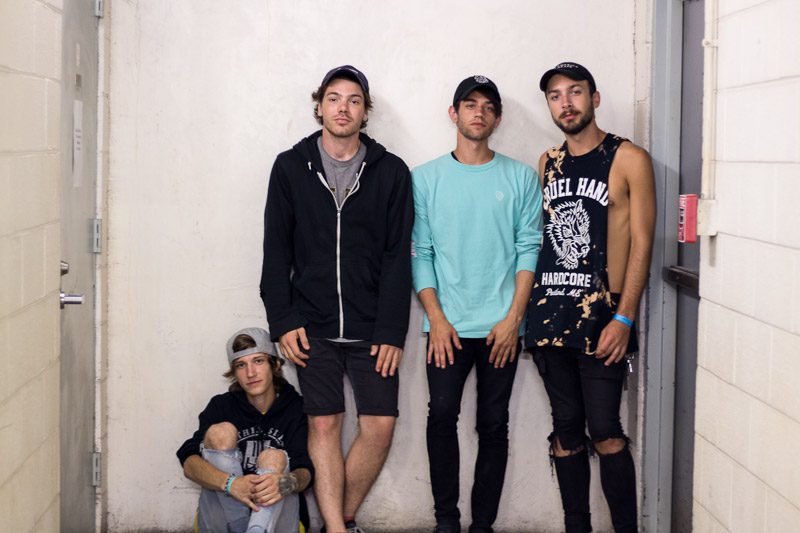